The edges of his suit are sharp and crisp. Dark and funky spectacles frame eyes that flash with curiosity and zeal. He smiles easily, speaks animatedly, and has perspectives on how technology can solve some of South Africa’s socioeconomic problems that he is all too eager to share.

In 2017, Banele Hlengethwa was a 25-year old diesel mechanic graduate who had worked part time in retail and promotions during his student years. By October that year, in a move that redirected the course of his professional life entirely, he had joined a team recruited by the University of Johannesburg (UJ) to survey how Gauteng’s citizens perceive their quality of life.

The 500 young men and women UJ hired to undertake the survey, of which Banele was one, were recruited through youth employment accelerator Harambee. “All our fieldworkers were between the ages of 18 and 35, and had limited or no previous work experience,” says Nickey Janse van Rensburg, the head of UJ’s Process, Energy and Environment Technology Station (PEETS), which oversaw the project. “Our aim was to provide detailed and accurate research to the Gauteng City-Region Observatory (GCRO) using the best technology the university had created to date,” she adds. “And we did this while addressing one of South Africa’s greatest challenges – youth unemployment.”

The intersection of research, technology and unemployment

The app that UJ developed for the Quality of Life Survey was not the first of its kind, but it was certainly one of the university’s most advanced. After 35 to 50 houses were randomly selected across 529 wards in Gauteng, fieldworkers used the app to ask residents detailed questions about their lives, including their perceptions of the province’s governance, level service delivery and socioeconomic development.

The app would geolocate the fieldworkers conducting the survey and would only make the survey available once they were near or inside the selected resident’s property. They then had to ask the resident to participate, and follow this with a series of questions that took between half an hour and 45 minutes to complete. The fieldworkers’ movements and the time it took to wrap up each survey were carefully tracked by the app’s monitoring tools and any possible fraudulent activity was immediately singled out. “The automated quality control processes we used limited the chance of any errors or discrepancies,” explains Nickey. “This meant that we were able to offer authentic, reliable and dynamic data to the GCRO.” A definite technological advance to tackle unemployment.

Progress updates were also available in real time, and teams could easily be substituted in or out as logistics or circumstances changed. Agility and flexibility were critical, and the app’s technology constantly evolved to deal with the survey’s shifting demands.

Every fieldworker was given a smart device, was trained to use the technology that UJ had developed, and gained valuable on-the-job experience. They learnt how to communicate better and to conduct themselves professionally, which boosted their confidence enormously. Fieldworkers were also permitted to keep the smart devices they worked with if they completed the project according to the contract. “This kind of access to information can be life changing for people from poorer communities,” says Banele. “It can be the very thing that helps them find permanent employment.”

Although he initially joined the project as a fieldworker, Banele’s journey took a unique course. Banele only worked in the field for two weeks before UJ identified his leadership expertise and brought him on as a facilitator. Over the course of the next year, he worked as a quality and distribution agent, an assistant in both logistics planning and map population, and as a supervisor. The experience was demanding, time and energy intensive, and highly technical. It required a sharp mind and the ability to improvise. Banele fit the bill perfectly.

“Learning about people’s quality of life affected my quality of life,” Banele explains. “I learnt about the many conditions people live in and the many problems they deal with; I met people who have nothing and people who have everything. I went to places like Hyde Park and Sandton and it allowed me to dream: what’s stopping me from living here?”

In the first instance, however, Banele is bringing his skills and knowledge home to where he lives in Daveyton on Johannesburg’s East Rand. In October 2018, Banele started Yenzokuhle Social Enterprise and Skills Village, which aims to address some of the issues in his community. “There are a lot of problems in my area, including crime, gangsterism, alcohol and drug abuse, and teenage pregnancies. Through Yenzokuhle, we’re teaching children how to build things using waste material, how to be innovative, and how to imagine different futures for themselves.”

For Banele, his work – both at UJ, and at Yenzokuhle – has the fourth industrial revolution at its core. His direct experience with the way that UJ used technology to deal creatively and in a solutions-orientated way, both with the government’s research demands and the country’s unemployment problem, has affected his outlook fundamentally.

“My work with UJ has made me realise that I want to continue to learn as much as I possibly can,” he says. This journey is already under way: Banele is considering studying again – coding, he thinks. “I believe that my generation has bigger and better opportunities than my parents’ generation. We don’t have to settle for positions in retail anymore. The fourth industrial revolution is changing everything.”

Banele is a case in point: the technological advances and social drivers of the fourth industrial revolution have shifted his career, and those of the previously unemployed youth with whom he worked. Where to from here, not even Banele knows, but it is undoubtedly a future alive with potential. 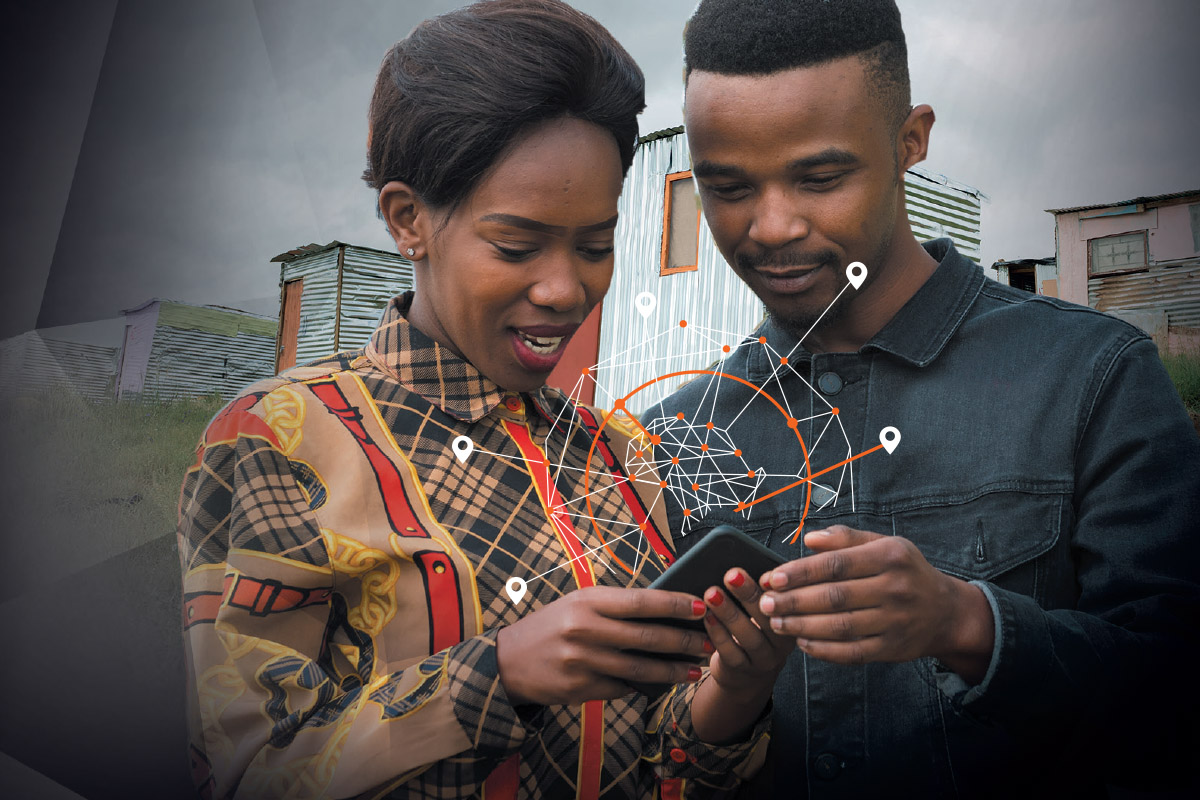 “All our fieldworkers were between the ages of 18 and 35, and had limited or no previous work experience,” says Nickey Janse van Rensburg, the head of UJ’s Process, Energy and Environment Technology Station (PEETS), which oversaw the project.

“But the best part of the whole project (Technological advances to tackle unemployment)” says Banele, “was that it was centred on unemployed youth.”

“I learnt about the many conditions people live in and the many problems they deal with; I met people who have nothing and people who have everything. I went to places like Hyde Park and Sandton and it allowed me to dream: what’s stopping me from living here?”