Anchored in Africa, dynamically shaping the future means searching out technology that’s being used in new and exciting ways. That’s 4IR. The future belongs to those who reimagine it.

This article highlights how the fourth industrial revolution (4IR) can practically impact our lives, from education (what to study and how to learn), media viability and usage (new business models) and communication in general, as well as the products and services we use and access

According to an analysis by the Warwick Business School at the University of Warwick (UK), the fourth industrial revolution (4IR) “represents the convergence of artificial intelligence (AI), machine learning, virtual and augmented reality, 3D printing and the internet of things into still unimagined new products, services and even industries.”

In trying to discover what “still unimagined new products, services and even industries” could mean in a practical sense, we asked the CEO of Media24 Digital Len Pienaar to share his views on how connected technologies can impact our lives in the near future as well as the long term practical impact of 4IR.

A technology expert with deep roots in financial systems, especially when it comes to the creation and use of mobile devices in fintech, Pienaar’s career started in his professional field of mechanical engineering at Sasol Gas. After a long stint at MTN, he joined the Cell C startup as head of product development.

At FNB Pienaar was involved in cellphone banking and mobile commerce initiatives to capitalise on the growth of smartphone technology. He also spent time at the South African Silicon Valley success story Clickatell, where he was responsible for its worldwide product and marketing portfolio.

In July 2020 he joined Media24 to become part of this Naspers company’s digital media transformation journey.

Education should teach you how to think

Perhaps taking a leaf out the recently published book Think for Yourself: Restoring Common Sense in an Age of Experts and Artificial Intelligence by Vikram Mansharamani, Pienaar believes university and other higher education should ideally instil a methodology for thinking.

“I think I was fortunate that the people who taught me always focused on teaching me how to think rather than what to do,” he says. “This helped me to adapt to many different industries in my career. Usually there are problems to solve and there are ways and means to find solutions.”

Pienaar says that, irrespective of what specific course you study, if you are taught how to think, what you learn can be applied to virtually any industry.

Of course there are exceptions when it comes to professions such as medicine, but in general, for most people, being able to apply your mind from the strong base provided by higher education, you will most likely be able to find a career path as broad as your imagination.

Interestingly, Pienaar also reckons it’s not only students who study science, technology, engineering and mathematics (the so-called STEM subjects), who can succeed in 4IR careers. “I’ve worked with amazing people who studied in the areas of humanities and even arts,” he says. “It’s about an approach to life, rather than the skills you’re taught.”

Pienaar emphasises that technological change provides us with many opportunities. “As long as you’re not tied only into one specific thing, there are always more opportunities going forward than what there were in the past. Especially young people need to ensure that they can follow those opportunities rather than [only] becoming highly skilled in one technology or knowledge base.”

As the pace of change increases, the ability to recognise and follow new opportunities becomes ever important. But it’s not only the pace of technological advances that is important, but also the pace of obsolescence.

“Many industries die in a very short time today, compared to something like video stores, which was a 20 year plus demise. What we will see over the next five to 10 years is a lot of industries going through a rapid decrease in both revenue and profit. So, whatever it is what you do today, make sure you also have two or three other things you are interested in to prepare yourself for moving into a new field,” Pienaar explains.

Even though traditional media worldwide continue to suffer from declines in income from readers and viewers, as well as advertisers due to companies such as Facebook and Google’s digital advertising growth, Pienaar believes journalism now reaches more people than ever. “It’s probably one of the most exciting eras for journalism in terms of the reach and scale journalists have now.”

He says today journalists can literally tell a story about and for everyone because of the ubiquitous availability of mobile phones. “Ten years ago it was a privilege to be able to read a newspaper and today world-renowned journalism is within everyone’s reach and mostly it’s free.”

Pienaar also believes that, increasingly, users will be asked to pay for digital news and journalism via subscriptions. “Both historical and new business models are converging at the same time, with users increasingly being expected to pay and advertisers who need to reach these users also paying to place advertising in front of them on screens. What makes businesses survive is not trying to hang on to one model at the cost of another.”

The true impact of 5G

Mobile will become part and parcel of everything we do in life, Pienaar believes. He says so many things will become connected to the network through new technologies such as 5G and even traditional mobile technologies that we will lose track of what’s connected and what’s not. This ubiquitous presence of connectedness is the real change that could be brought about by widespread adoption of 5G.

“Mobile will just simply be part of life,” he says. “Mobile will deliver a world where you will be unaware of being connected continuously. This allows entirely new worlds to open up, such as in healthcare and security for example. We’ll have to come up with new business models and products that allow people to access these things without ever having been taught how to do it.

“I think the big breakthrough in this new world we’re going into is that the products and devices will have to be so easy to use that people will become unaware of using the devices.”

As far as whether this is a good or bad thing goes, Pienaar says everything has its pros and cons. “Often it’s how society uses something new, rather than what is actually brought to market that’s important. It’s our responsibility as business leaders to make sure the good parts outweigh any negative impact on society.”

He says the changing world of 4IR and the long term practical impact of 4IR also means governments and society need to become more nimble to keep up with required changes in laws and how society operates as a result. “Our laws will need to become technology neutral,” he says.

The speed of 5G is not the most exciting aspect of the technology, Pienaar says. “It’s the ability to deal with millions of devices at the same time,” he explains. “The ability to connect 500 devices in one household and to have continuous connectivity in something that’s truly mobile is what really excites me,” he says. “Imagine anything in your house declaring itself on the network, by itself. This will allow you to use all these things in an intelligent way.”

This always-on connectedness of a huge array of items (or “things”) will open up new business opportunities we’ve only dreamt of in the past, he continues. 5G’s major impact is thus that the amount of things that can be connected at the same time increases substantially.

“5G allows us to put a chip in everything we build and this allows connectivity. Every part in your car, for instance, can connect individually to the network. Today it’s still very expensive to buy a phone or mobile device, but in the networked future everything will have connectivity, inexpensively,” Pienaar believes.

4IR conclusions and the long term practical impact of 4IR

Even though technology enables us, it’s up to individuals and society at large to make the best of what’s still to come in the fourth industrial revolution. The impact of continuous connectivity on an already fast-moving rate of change is probably even further increases in the speed of change, as well as the reach of mobile technology and connectedness into everything we do.

To ready oneself for this world, it’s probably best to be able to do more than one thing and not to specialise too much, if possible. Furthermore, to survive and thrive and to be able to grasp a vast array of new opportunities, it’s a good idea to be able to think about many different career paths, rather than just one with a narrow focus. 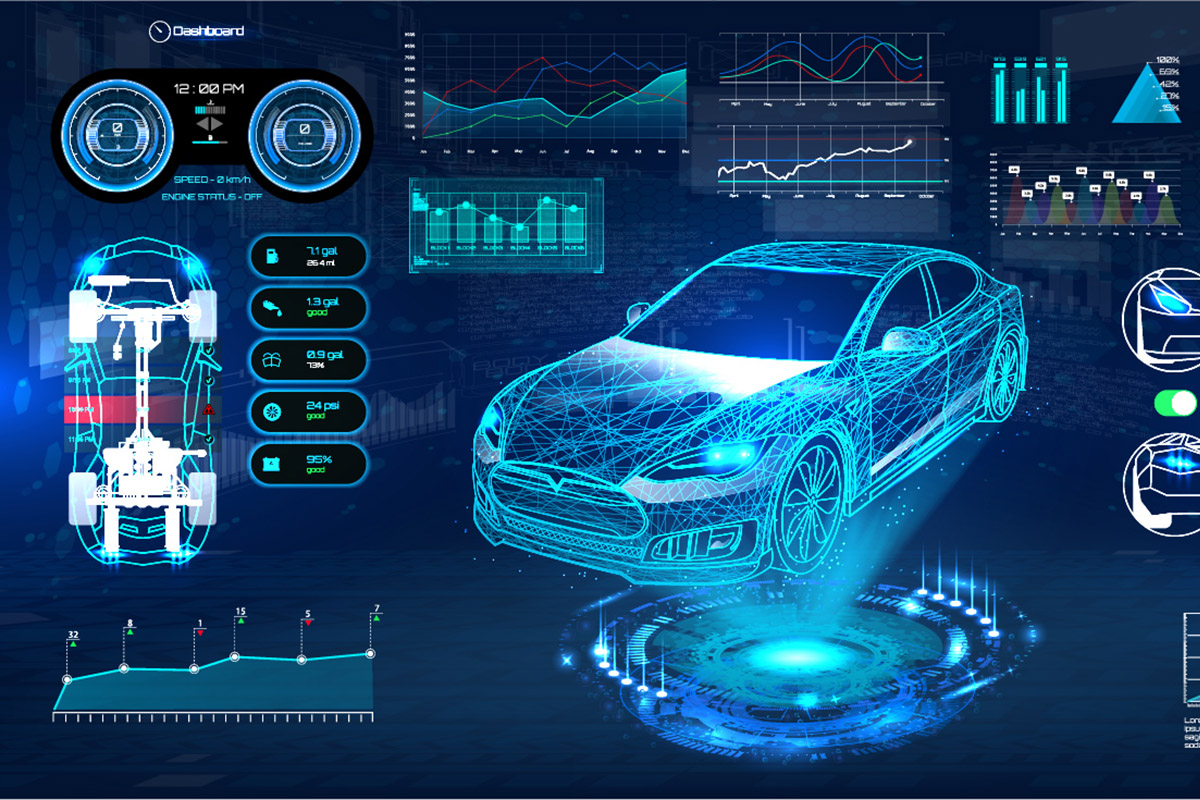 “I think I was fortunate that the people who taught me always focused on teaching me how to think rather than what to do,” he says. “This helped me to adapt to many different industries in my career. Usually there are problems to solve and there are ways and means to find solutions.”

“I think the big breakthrough in this new world we’re going into is that the products and devices will have to be so easy to use that people will become unaware of using the devices.” This will also have a lasting long term practical impact on 4IR.

“5G allows us to put a chip in everything we build and this allows connectivity. Every part in your car, for instance, can connect individually to the network. Today it’s still very expensive to buy a phone or mobile device, but in the networked future everything will have connectivity, inexpensively,” Pienaar believes.