As a young man, Godfrey Nefolovhodwe walked a 38km round trip to get to high school every day, a journey that took about three hours each way. He usually left home in the dark, and it was almost dark by the time he returned. This is a story of Technological innovations and rural village that was put on the map for the first time.

Home was the deeply rural village of Gwakwani, a community of just 100 people in South Africa’s far north-eastern corner, near the borders of Zimbabwe and Mozambique. When Godfrey, now 35, was at school, Gwakwani had no running water, electricity, cell phone reception or internet access. Unemployment was high – only one person in the village was formally employed at the time – and money to buy diesel for the borehole pump or paraffin for the lamps in villagers’ homes was scarce.

For years, Gwakwani’s residents felt neglected by their local municipality, and the chance of change seemed slim, but Technological innovations in this rural village made it possible.

But in 2014, the School of Electrical Engineering at the University of Johannesburg (UJ) heard about the lack of infrastructure in Gwakwani and approached the area’s chief and local council offering help. This was in line with the school’s ethos that “research that does not make a difference does not matter”. Before long, essential improvements in this remote village were under way.

“We started by replacing Gwakwani’s diesel borehole pump with a solar borehole pump, and built a network of taps and tanks,” says Cornay Keefer, the School of Electrical Engineering’s project manager. “This was followed by the installation of solar lights in the villagers’ homes, as well as solar streetlights.”

As a schoolboy, Godfrey often couldn’t complete his homework if he arrived home after sunset. “When UJ arrived, things quickly started to change,” he says. “We were able to see at night and to charge our phones in our homes – before, we had to travel to another village and pay R5 for this service.”

The UJ team also got to work creating a solar bakery – Godfrey’s favourite spot – where bread and other baked goods are now made and sold. Once a luxury in Gwakwani, bread was formerly only available a couple of times a year, typically over the festive season. With the arrival of the bakery, however, the village now receives a regular supply of fresh bread made by eight Gwakwani-based bakers who were trained by UJ. Bread is also sold to Gwakwani’s neighbouring villages and nearby spaza shops.

In addition, a communal drip irrigation system has been put in place, and residents are now farming their own vegetables. Large cold storage units have been installed, and a solar-powered crèche has been built for the village’s youngest residents. The television put in place at the crèche is Gwakwani’s first.

The solar technology employed in Gwakwani has served its residents well. “It works when it’s sunny and it works when it’s cloudy,” says Godfrey. “In the years since it was installed, it hasn’t disappointed us once – it’s amazing.”

While this technology isn’t particularly new, the environment in which it has been installed makes it unique – and profoundly meaningful. And its remote monitoring systems, which anticipate issues and enable maintenance to be pre-empted, are what make it sustainable.

“Everything we have installed in Gwakwani can be monitored remotely,” Cornay explains. “Sensors have been put in place all over the village and this data is fed back to a system I can monitor and control from UJ. I can see when the pressure in the water tanks is running low, what the ambient temperature inside the cold storage units is, and when the borehole pump is experiencing issues.”

Godfrey is Cornay’s man on the ground. Through training he has received both in Gwakwani and during the two years he spent working at UJ’s campuses in Johannesburg, he has acquired a host of technical skills. “I’ve learnt how to work with electronics well,” he says. “If there’s a fault in the bakery, I have the knowledge and skills to fix it.”

The remote monitoring solutions are made possible through an Internet of Things (IoT) network that UJ has developed in partnership with global communications provider Sigfox. This system doesn’t rely on cell phone signal, which, until early 2020, was non-existent in the village. Instead, it uses ultra-narrow band radio technology to enable a variety of monitoring sensors that are defined by their long battery life, low cost, low connectivity fee, high network capacity and long-range communication capabilities.

A smart village, a sustainable future

“I think what’s interesting is that we’re using basic Fourth Industrial Revolution (4IR) systems in an area that has never had access to any form of technology before,” says Professor Suné von Solms, associate professor at the School of Electrical Engineering.

The result is a smart, IoT village that operates without municipal infrastructure and meets the social and economic needs of its residents – not only in the short term, but on an ongoing basis. “Being able to monitor what’s happening in Gwakwani using 4IR technologies makes this project sustainable,” says the head of UJ’s School of Electrical Engineering, Professor Johan Meyer. “And that’s what we’re after: its long-term success.”

In recent months, a community development trust – not just for the village, but for the region – has been established through the Industrial Development Corporation. A total of R5 million has been promised, which will be used to implement a community development plan that will benefit several villages in the area. Gwakwani – and the 4IR advances that have been used to address some of its most urgent needs – is just the beginning.

Today, with running water, lights on in its streets and homes, and economic activity, Gwakwani is starting to look and feel more and more like a small town. “It feels like we’re almost on the map,” Godfrey says. “The government forgot us, but now they know that there is a village called Gwakwani,” and technological innovations in this rural village made all possible. 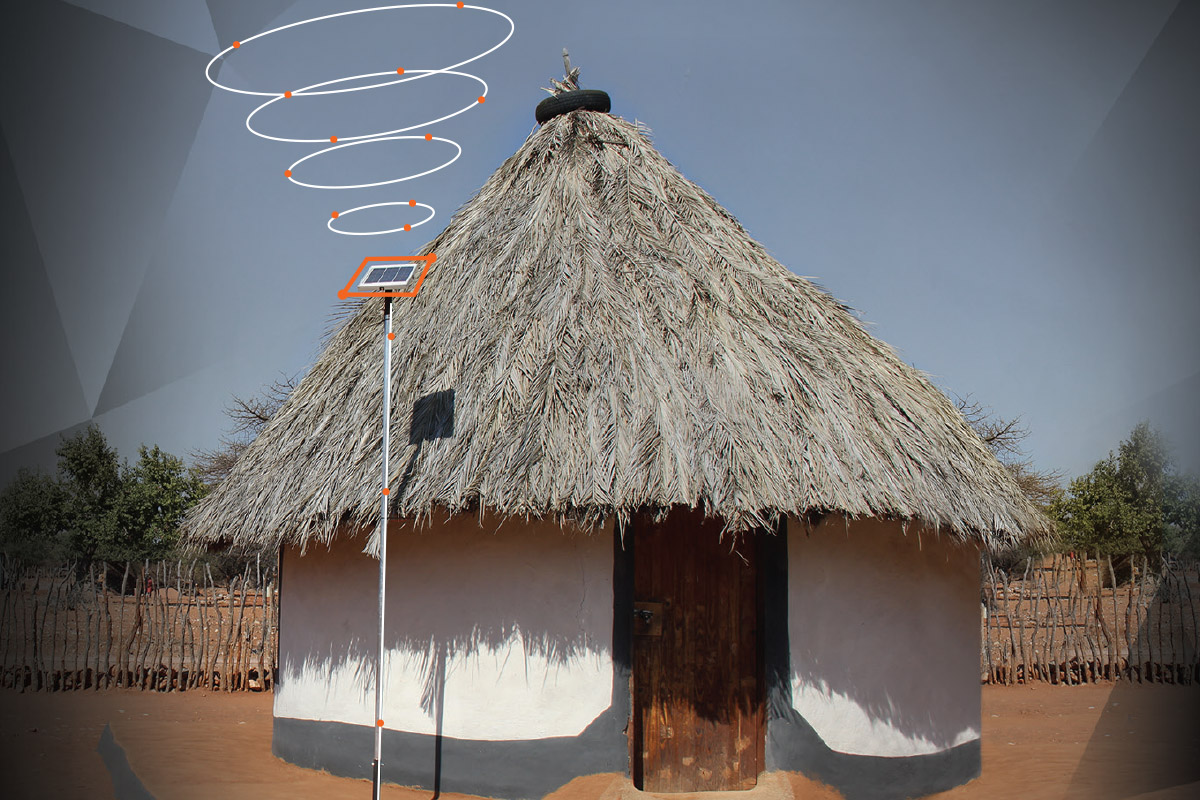 For years, Gwakwani’s residents felt neglected by their local municipality, and the chance of change seemed slim.

“Everything we have installed in Gwakwani can be monitored remotely,” Cornay explains.

“I think what’s interesting is that we’re using basic Fourth Industrial Revolution (4IR) systems in an area that has never had access to any form of technology before,” says Professor Suné von Solms, associate professor at the School of Electrical Engineering.