The power of clean energy, stored in new age batteries

The power of clean energy, stored in new age batteries

The more we use clean energy and battery power, the more we alleviate climate change

During this year’s first episode of the new UJ Cloudebate™ video content show broadcast live at 18:00 on 13 April 2022, we discuss how Fourth Industrial Revolution technologies (4IR Tech) assist with increasing and optimising the use of clean energy and battery power.

Clean energy such as solar, wind and hydro power generation have virtually no negative impact on climate change, as they do not release harmful gas into the atmosphere. Using modern batteries to store clean energy electricity helps alleviate climate change as it reduces the amount of fossil fuels burnt.

This means the combination of clean energy and battery storage are a powerful ally in alleviating climate change.

The burning of fossil fuels causes climate change, as it releases harmful gasses such as carbon dioxide, methane and nitrous oxide into the atmosphere, in turn creating a greenhouse effect that warms the earth unnaturally. The subsequent rise in the average temperature of the planet can lead to floods, wildfires and the melting of the planet’s ice caps. All this can cause widespread harm and devastation, including death and the destruction of habitats.

According to the PWC report 4IR for the Earth (2017), “advanced materials, emerging battery and biotechnologies offer new ways to generate, store and consume renewable energy in cities by raising capacity (e.g. by harnessing photosynthesis in plants) and by managing peak demand (especially for solar energy on cloudy days)”.

A key driver of the increased adoption of battery power for vehicles and in general for the electrification of the entire traditional fossil fuel transportation industry, is the improvement in performance and power efficiency of electric engines, as well as the increased storage and capacity features of modern batteries. Simply put, if your electric vehicle drives the same – or even better than – a vehicle powered by an internal combustion engine and you don’t have to re-charge that often, what’s not to like?

Couple this trend with increased and cost-efficient utilisation of clean energy from solar, wind and hydro sources, a virtuous cycle develops that in total results in the alleviation of climate change. If your electric car’s battery is charged from energy generated from a solar plant, for instance, no fossil fuel is burnt and thus no poisonous gasses are released into the atmosphere. This is what’s called a real win-win.

But how does 4IR Tech contribute? The answer lies in the way the many different technological advances of 4IR collectively enable breaking with traditional fossil fuels for energy. Some of these positive changes driven by 4IR Tech include the development of the high technology of new age electric vehicles such as the cars first created by Tesla, now followed by most vehicle manufactures around the world.

South Africa is an ideal country for solar power generation. Specifically in areas with lots of sun, a major solar energy industry is being developed, with the help of 4IR.

For instance, the well-known 4IR Tech company Amazon recently announced that its large, 10-megawatt solar plant is already up and running in South Africa’s Northern Cape Province. The plant is expected to generate up to 28 000 megawatt-hours (MWh) of renewable energy per year, which equals the annual electricity consumption of over 8 000 average South African homes. The plant supplies clean, renewable power to AWS data centre and benefits the local community through climate neutral job creation.

The conclusion is clean

Apart from 4IR Tech inherent in clean energy generation and within new age batteries themselves, the cost and other efficiencies associated with better clean energy generation and manufacturing systems, supply chains and communication, all underpinned by improved technology, contribute collectively to make the adoption of clean energy stored in batteries much more convenient and less costly to the public, while alleviating climate change at the same time. 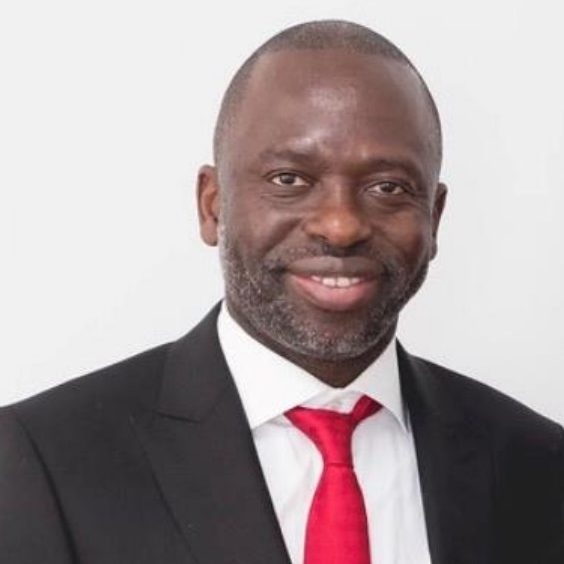 Marwala completed the Advanced Management Program (AMP) at Columbia University Businesses School in 2017 and completed a Program for Leadership Development (PLD) at Harvard Business School in 2007. Tshilidzi is a registered professional engineer, a Fellow of TWAS (The World Academy of Sciences), the Academy of Science of South Africa, the African Academy of Sciences and the South African Academy of Engineering. He is a Senior Member of the IEEE (Institute of Electrical and Electronics Engineering) and a distinguished member of the ACM (Association for Computing Machinery). His research interests are multi-disciplinary and they include the theory and application of artificial intelligence to engineering, computer science, finance, social science and medicine. He has extensive track record in human capacity development having supervised 47 Master’s and 28 Doctoral students to completion. Some of these students have proceeded with their doctoral and post-doctoral studies at leading universities such as Harvard, Oxford, Cambridge, British Columbia, Rutgers, Purdue, Chiba and Waseda. He has published 15 books in artificial intelligence, one of these has been translated into Chinese, over 300 papers in journals, proceedings, book chapters and magazines and holds five patents.

He is an associate editor of the International Journal of Systems Science (Taylor and Francis Publishers). He has been a visiting scholar at Harvard University, University of California at Berkeley, Wolfson College of the University of Cambridge and Nanjing Tech University as well as member of the programming council of the Faculty of Electrical Engineering at the Silesian University of Technology in Poland. He has received more than 45 awards including the Order of Mapungubwe and was a delegate to the 1989 London International Youth Science Fortnight (LIYSF) when he was in high school. His writings and opinions have appeared in the magazines New Scientist, The Economist, Time Magazine and CNN. Professor Lagouge Tartibu is an Associate Professor in the Department of Mechanical and Industrial Engineering at the University of Johannesburg. He completed his Doctorate degree in Mechanical Engineering in 2014 from Cape Peninsula University of Technology (CPUT). He has more than 10 years lecturing and research experience. He has successfully completed his undergraduate studies since 2006. He holds a Bachelor’s degree in Electromechanical Engineering (6 years qualification) from the University of Lubumbashi (UNILU) and a Master’s degree in Mechanical Engineering from Cape Peninsula University of Technology since 2009. Lagouge’s primary research areas are applied thermal engineering, electricity generation and refrigeration using thermo-acoustic technology, mathematical analysis/optimization and mechanical vibration. He has solid practical knowledge of modelling and simulation resulting from his previous works which involve Vibration analysis, Computer simulation and Programming. Prof Thomas is an Emeritus Professor of Energy Policy in the Department of International Business and Economics, Faculty of Business, University of Greenwich, London. He has published widely in the field of energy policy research with his most recent research focused on nuclear power policy, corporate policies of European energy utilities, economic regulation of energy and smart meters. He was also a member of the team appointed by the European Bank for Reconstruction and Development to carry out the official economic due diligence study for the project to replace the Chernobyl nuclear power plant (1997). He was a member of an international panel appointed by the South African Department of Minerals and Energy to carry out a study of the technical and economic viability of a new design of nuclear power plant, the Pebble Bed Modular Reactor (2001-02). He was part of an independent team appointed by Eletronuclear (Brazil) to carry out an assessment of the economics of completing the Angra dos Reis 3 nuclear power plant (2002). He has published extensively on economics and policy on nuclear power. Ben Newell is Professor of Cognitive Psychology and Deputy Head of the School of Psychology at the University of New South Wales, Sydney. His research focuses on the cognitive processes underlying judgment, choice and decision-making and the application of this knowledge to environmental, medical, financial and forensic contexts. He has published over 150 articles and book chapters and is the lead author of the book Straight Choices: The Psychology of Decision Making. Ben has worked with industry and government partners on projects including climate change communication, child protection, aged-care provision and retirement wealth-planning. A key theme of much of this work is over-coming the myopic thinking that tends to cloud our judgment when we are making decisions about an uncertain future. Ben is a member of the Academic Advisory Panel of the Behavioural Economics Team of the Australian Government.